This device, equipped with a naturally-derived blood vessel network, emulates biochemical responses and is used to study respiratory diseases. In the research article published in Biofabrication, Ju Young Park, lead author of the study explained:

“The structure we produced has the same physiological functions as the biological airway epithelium [surface tissue] and so can be used to model diseases like asthma.”

The research team was inspired to develop life-like airway models after observing the rising rate of air pollution, globally, which contributes to the number of people suffering from respiratory diseases.

With such airway-on-a-chip models, the researchers can observe and characterize inflammatory diseases, including asthma, chronic lung disease, and rhinosinusitis – an inflammation of the sinuses and nasal cavity.

According to Park, the human airway is lined with surface cells known as epithelial. These cells mainly contain ciliated goblet and basal cells which connect with a basement membrane. In addition, under this membrane is Lamina propria, a thin layer of loose connective tissue, which contains blood vessels and stromal fibroblasts cells.

“To mimic this complex 2D/3D structure and the cellular composition of the airway mucosa, we assembled a 2D airway epithelium on a 3D vascular platform,” added Park. 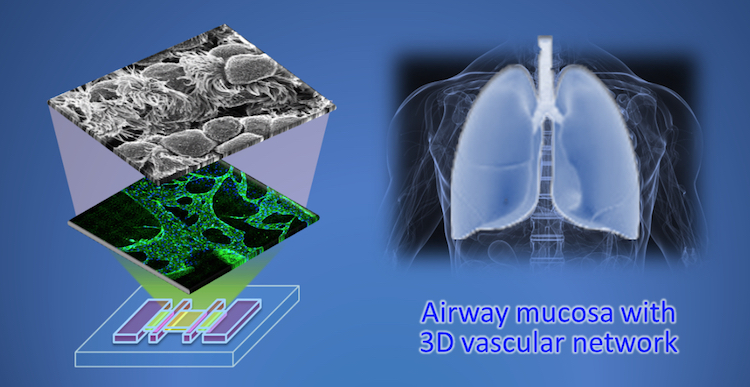 “The other four printing heads operate on a three-axis motorized stage and we control their movement using computer programs,” stated Park. “Two of the printing heads were connected to a pneumatic pressure-based system that dispenses a synthetic polymer to fabricate the supporting framework for the airway.”

As such, the team believes the 3D cell printed airway-on-a-chip will be useful for animal models in analyzing diseases and testing the efficiency of drugs in the preclinical phase.

This technology will be commercialized by T&R Biofab, a Korean biotechnology company. 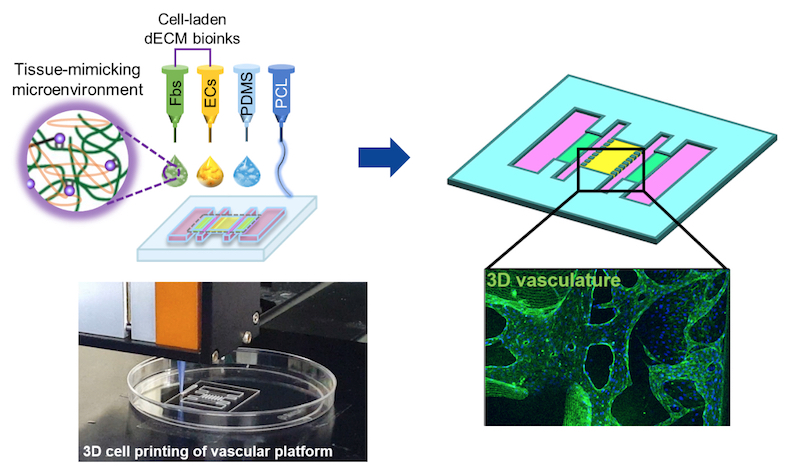